Groupon isn’t nearly as popular as it used to be. It’s old deal-a-day coupon model brought in millions of dollars for the company back in the 2000s, but in recent years it’s struggled to stay relevant. As a result, Groupon has relaunched itself with a new model focused on business listings.

It’s a great deal for consumers, because they not only have a valuable Yellow Pages service, but they can continue to save money by taking advantage of the coupons Groupon is offering for each business it lists. Check out the deals at the Chia Shiang Restaurant for an example of what’s on offer. 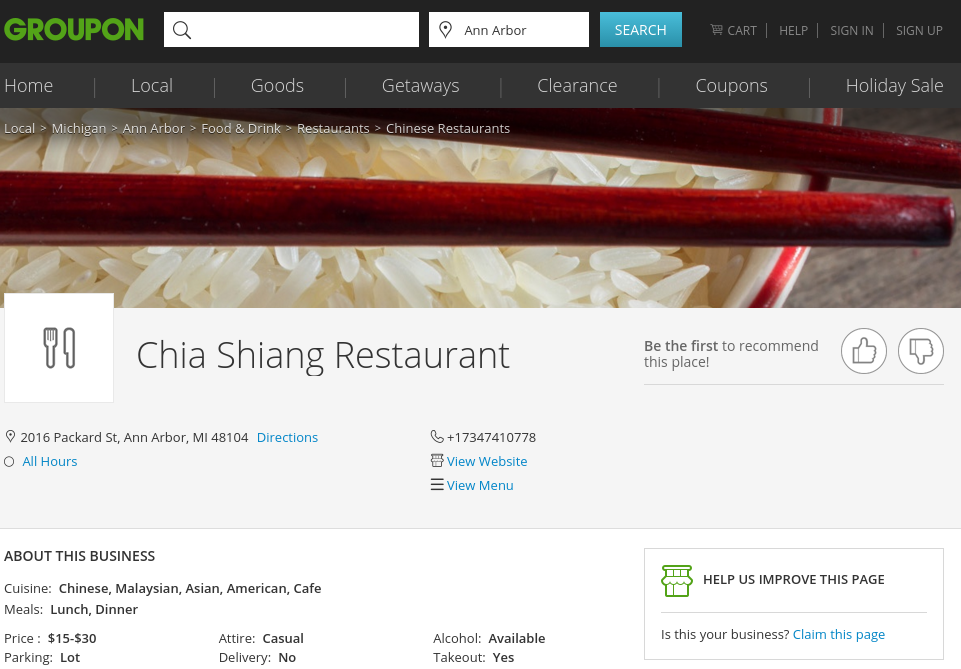