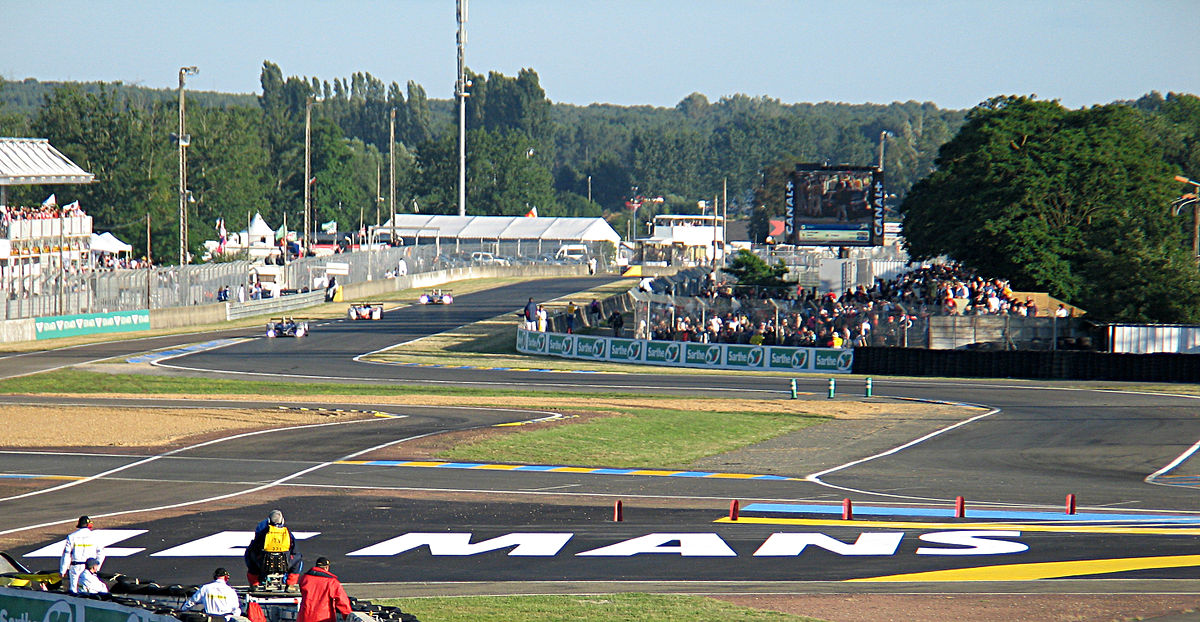 Some races have more standing than others. Prestige may be in the eye of the beholder but some venues and events simply capture the romance and evoke the history of motoring and motor sport in a way that can boost your adrenaline level at the merest mention of their name. Everyone has their own personal favourite, but here are four tracks and events that somehow petrol heads would turn to in a heartbeat.

We’ll focus here primarily on great motoring events in Europe since this is where the sport has the most established history as well as a particularly high level of contemporary resonance. With apologies to the Kretz family and fans of American racing generally, here are four events, the very mention of which, will – more than likely get the hairs on the back of your neck tingling.

The Le Mans circuit in the North West of France is famous for the 24-hour race that bears its name. Staged on the same track since 1923, Le Mans has always attracted the fastest machinery and the very best drivers. The track is unusually long at just under eight-and-a-half miles (8.47 miles) and for the 24-hour event it encompasses stretches of tarmac that are ordinarily open to regular motorists.

The 24-hour event is a massive draw for fans and the 100,000 spectator capacity is regularly close to being fully taken up. Le Mans weekend is famously a big party as well as a racing event. When it comes to the racing, however, speed is critical in all areas. In fact it is estimated that as much as 85% of the circuit is set up for drivers to operate at full throttle. With a highest recorded top speed of 253 mph on the charts, there is no doubting the attraction of the race for those who like their motorsport ultra-streamlined.

In contrast to the technical twists and turns that characterise Formula 1, the onus at Le Mans is   on being able to go fast, and to keep going fast over an extended period. If you’ve ever tried driving for more than six or seven hours at a stretch, imagine what it’s like at 200mph. The race is a serious test of endurance as well as engineering, although, contrary to what many imagine, the 24 hour duration of the race is not completed by a single driver. Teams of three or more combine to pilot their vehicle as far as possible within that 24 hour period. The record winning distance is 3,362 miles, or, to put it another way, an average speed over the duration of the race of 140 mph. And that includes stops for refuelling, re-fitting tyres and driver handovers. Speed is king at Le Mans. 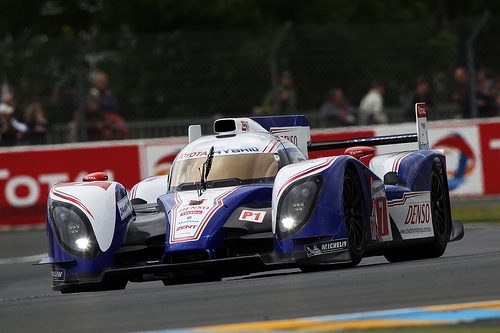 In contrast to the out and out flat speed and endurance that Le Mans accentuates the Monaco Grand Prix is as twisting, turning and generally technical as any race circuit could ever be. Of course, the fact that the annual GP is held on the avenues and boulevards of the Principality throw out of the window all preconceptions of what a race circuit should be.

The sinuous path that drivers must steer through the famous underpass, past the harbour and around the tight hairpins of the circuit may restrict the potential for overtaking, but they put a huge premium on the quality of the drive. Even the smallest error is liable to be terminal. There are no run-offs to speak of and hence no second chances. Lewis Hamilton (1/5 to win the F1 Drivers Championship with a range of bookmakers at the time of writing) and Nico Rosberg (generally 11/2) may appear to be turning the 2015 Formula 1 campaign into a two horse, one-manufacturer race, but both will be aware that even a momentary lapse in concentration on May 24th could end their season in an instant. 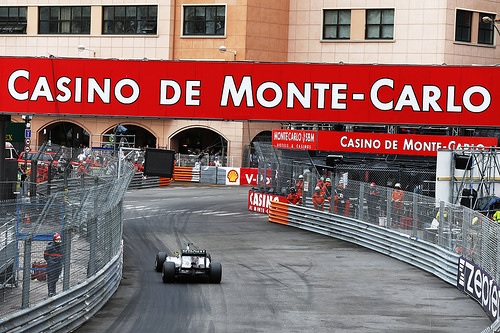 It is that sort of absolutely punishing technical test that gives Monaco its distinctive place on the roster. The tightness of the turns and the sharpness of the breaking that the city streets deliver test the engineers’ work every bit as much as it does the drivers. And of course, whatever it may lack in terms of overtaking, Monaco more than makes up for in glamour. Hundreds of thousands of race fans regularly descend on this tiny sliver of Southern France for what is, without question, one of the most iconic events in the racing world.

Everyone has heard of the Paris-Dakar rally. It is one of those great adventure races that somehow has stood the test of time. The reason for that is that the Dakar Rally really is off-road racing in the raw. 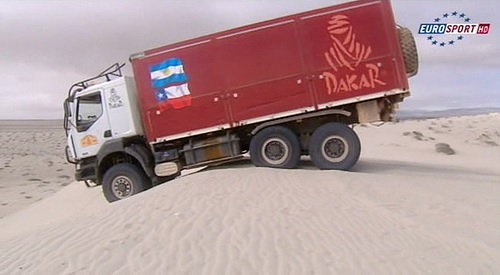 Security problems in Eastern Africa – specifically Mauritania – saw the race suspended in 2008 and since 2009 it has been transplanted entirely to South America. Neither Paris nor Dakar are involved. The event now takes place in Argentina and Chile.

As many as 80 per cent of the entry in any given year are amateurs, and although there is the usual effort to garner prestige for manufacturers’ sponsored teams, it is the adventurous spirit shown by those who are competing for the thrill of it who give the event its distinctive character. Whether on two wheels or four, the off-road endurance of the race makes simply completing the two-week, 9,000 kilometre course an achievement in itself.

The 2015 race started and finished in Buenos Aires, taking in some formidable terrain as it wound its way towards the Andes and Chile and Bolivia. As is traditional, four separate classes of entry were involved: bikes, trucks and two and four wheel-drive cars. The list of winners and finishers is published on the event website.

The Isle of Man TT

The Isle of Man TT (tourist trophy) is another annual event staged on closed roads. Restricted to two wheelers only, the winding, mountainous roads of the island are legendary amongst European bikers. There are even all-year-round road signs in German and Dutch, such is the scale of the international following that the race enjoys.

Held between May 30th and June 12th the event really does take over the island. Thousands upon thousands of bikers will make the short ferry journey from the British mainland to revel in what is an unfettered festival of motor cycling. In 2012, the Isle of Man Steam Packet Ferry company reported transporting 11,237 motorcycles from the mainland. On an island measuring just 33 miles by 13, that makes for quite a concentration of machinery! There are thousands more fans who leave their bikes at home and there is additionally a TV audience that is measured in the tens of millions.

The circuit may be beautiful, but it is also deadly. Stone walls, kerbs, telegraph poles and a road surface dotted with ironworks make the 37 and three-quarter mile circuit famously dangerous. The wet climate of the island offers its own additional hazards. The TT may only be a time trial, but it still represents racing at its most brutally unforgiving. The race has claimed no fewer than 239 lives over its 106-year history. Perhaps needless to say, winners of the TT achieve legendary status in the motorcycling pantheon. 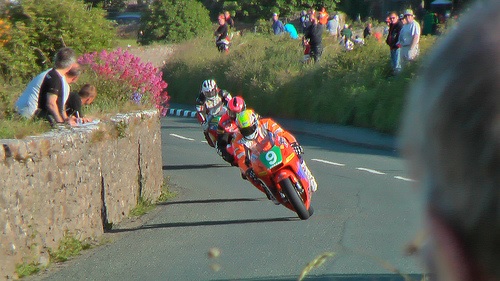 There are, of course other races and other venues that we could salute with equal enthusiasm. Indianapolis, Silverstone, Monza, Daytona and Hockenheim are all replete with historical significance and the nostalgia that goes with that. And at the other end of the scale, the appetite for motor racing in China has put Shanghai on the map in a way that few could have imagined a few years ago. The courses we take for granted today will be legendary in their own right in a few years to come.

This isn’t meant to be an exhaustive list, simply a reflection on one or two tracks that embody what we all feel about our favourite tracks and events. In this way, the four races that we’ve picked out here are representative of our wider, deeper and always inexpressible sense of attachment to all forms of racing. Feel free to let us know what your standout favourites are. We’ll be delighted to give them the recognition they deserve in future bulletins.